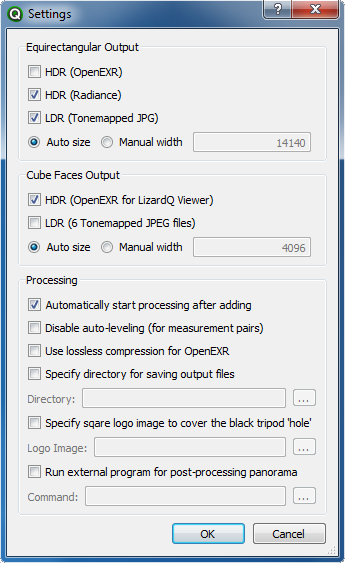 We have been working in a number of areas to improve the LizardQ Stitcher and Viewer and would like to inform you about what is new:

The major new feature set is based around the the ability to save highly compressed OpenEXR images and display them in the viewer. The Stitcher always had the option to save cube map OpenEXR images with a fixed size and a lossless compression. Those files were larger than the standard Radiance files (*.hdr) and could not be opened with the LizardQ Viewer. They were targeted at 3rd party software.

The new Stitcher can now use OpenEXR also for the equirectangular (2:1) projection and more importantly can use the lossy but very effective DWA compression. In terms of quality and compression ratio, this new option is roughly equivalent to JPEG: e.g. a 100 Megapixel equirectangular spherical can now be saved as a 27 MB OpenEXR instead of a 275 MB Radiance (*.hdr) file.

The other major related improvement is the support to open the tiled and mip-mapped cube map OpenEXR format in the Viewer. Those images are internally split up into small image tiles of different resolutions and allow the Viewer to only load the parts of the image that are currently visible on screen. That comes with two substantial improvements: 1) The images open and display instantaneously, no matter which resolution they have. 2) The Viewer can display even 500 Megapixel panoramas with a very limited amount of graphics memory, i.e. the Viewer works on cheaper/older hardware now.

For those applications where a lossy (JPEG-like) compression is not acceptable, OpenEXR files can also be saved using lossless PIZ compression, which still gives a considerable file size reduction of about 40% compared to the Radiance (*.hdr) file format.

This combination of new possibilities (highly compressed files + load on demand viewing) leads us to suggest the usage of the new 'HDR (OpenEXR for LizardQ Viewer)' output option in the Stitcher settings for all customers using the LizardQ mainly for generating panoramas that are supposed to be viewed by our Viewer later on. For those who need the equirectangular output to be used in 3rd-party software, we recommend to switch to the lossless OpenEXR format to benefit from the size reduction.

The second major improvement is related to the now deprecated "Disable exposure variation compensation" option. The Stitcher always had a built in feature to adjust the relative brightness of the individual shots within one panorama to compensate for global brightness changes that might have occurred during the total capture time. E.g. a sky with moving, patchy clouds that temporarily cover the sun can lead to visible brightness jumps within a panorama if uncorrected. In certain situations, e.g. during sun set with lots of small artificial lights in the scene, this automatism could fail. That is why we had the option to disable this feature. We now improved it to the point that we can remove this extra option and simply always apply the automatic brightness adjustments.

Other improvements worth mentioning

Check your Help/About menu. Still 1.0.x? Please do the upgrade, it's worth your time. For those who missed the 2.0 release and are still working with 1.0 software: with this 3.0 update, you'll also benefit from the processing speed improvements we had introduced with the 2.0 version.

If you have any issues with the new Stitcher or Viewer or have any other feedback, please let us know. Get your free LizardQ Viewer with OpenEXR support here!

A friendly member of the Dutch police pointed us to a documentation that ran on German television a few days ago. It includes footage of our LizardQ being used at the forensic training center, as well as other advanced technology. He says: "It shows that in fact on all crimescenes that are visited by our visualisation group, your LQ is always used as first overview on the crime scene".

Update: Our sincere apologies - due to unforeseen circumstances, we're unable to attend CGIC. We hope to see you in person at another opportunity.

This year marks the 10th installment of the renowned CGIC event organized by Matthias Langner, and LizardQ is proud to be present once again. Lots of interesting talks and keynotes across the board will be given, the program will be online soon at www.cgic.de. Looking forward to meet you there!

Use this code to get a 50% rebate when getting your tickets: 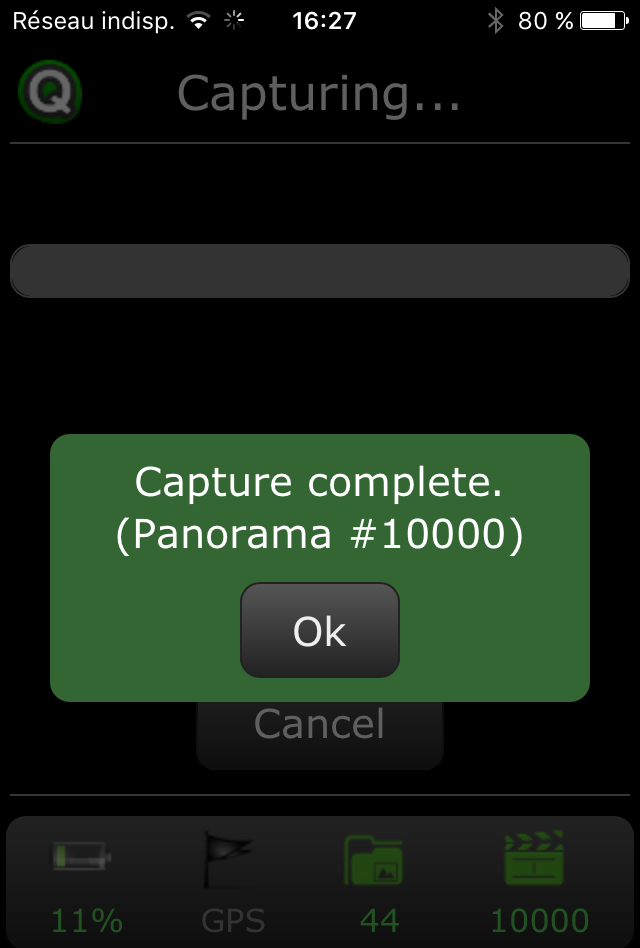 We got an email today by our customer Yves, with an enthusiastic report about the 10,000th panorama captured by one of his LizardQ units. We love it! Thank you Yves!

Yves will now be busy going for the 20,000th capture, which we look forward to hear about again.

While we don't have any statistics about the majority of LizardQ devices that are out there, users are sending information or service logs for some units from time to time, which enables us to estimate a total count of LizardQ sphericals ever captured. This estimated count is now nearing 400,000, with an estimated 150 sphericals being added day by day on average.

Own a LizardQ? Let us know your panorama counter, too! (please be sure to mention your LizardQ's serial number)

Software updates are out for support of the newest Canon 5D series member, the 5D Mark IV. The Mark IV offers an additional slight speed increase over the Mark III, but the most notable difference is in image resolution. Its 30 Megapixel full-frame sensor yields a panorama resolution of 150 Megapixel when used with the standard 15mm fisheye lens. Zeiss 18mm users get 300 Megapixel. Existing LizardQ users can upgrade by just obtaining a 5D Mark IV body, doing the software upgrades and getting a new USB cable. Please contact us for help. 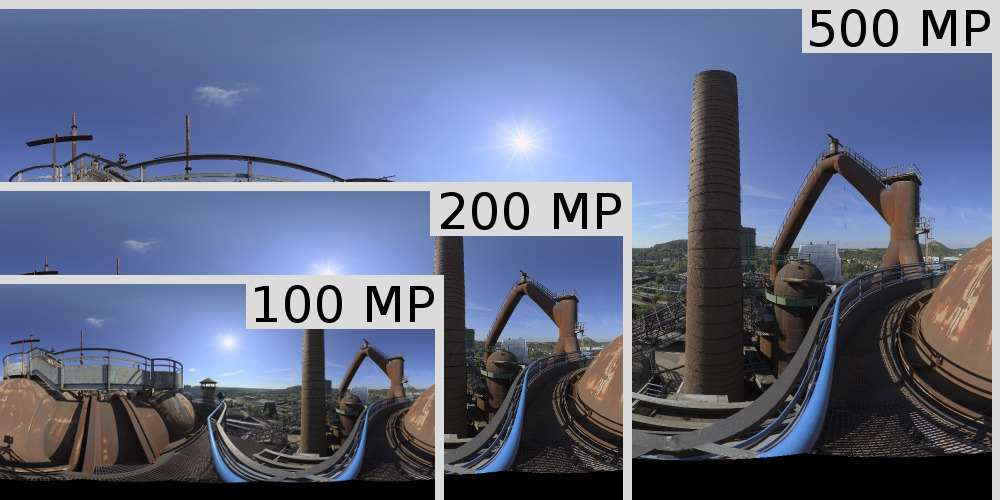 Today LizardQ releases support for the new 50 Megapixel Canon cameras, namely the EOS 5Ds and EOS 5Ds R. Shooting at more than double the image resolution than the EOS 5D Mark III had before, spherical HDR image size goes up from 100 to 200 Megapixel. Customers can upgrade by just swapping out the Canon camera body and using a different USB cable. Download and install the firmware and Stitcher/Viewer upgrades and you're good to go.

Also new: 500 Megapixel! Using a high-class Zeiss 18mm Distagon lens in place of the Sigma 15mm fisheye, spherical image resolution is boosted to a stunning 500 Megapixel when used with the new Canon cameras. While image capture takes twice as long (starting at 30 seconds, 1 minute typical at daytime), having five times more detail than before is certainly worth the tradeoff.

LizardQ is now offered in three resolution flavors: 500, 200 and the classic 100 Megapixel. For a comparison please see resolution options or ask us to discuss your specific application.

As more and more people are accessing our web presence from their mobile phones or tablets, it made perfect sense to convert the former big-screen-only website to be nicely readable on mobile devices. Also, since January our website is being served via https and uses industry-standard encryption.
Link to this post
Jan. 16, 2016

With the addition of another major city in January, the Politie has now ten LizardQ spherical imaging systems in operation. Over the course of three years, the Netherlands have built up their operational capabilities in both centralized units as well as their local forensics investigation teams. Ten units equal a record-setting number of 1 LizardQ per 1.7 million inhabitants, which leaves room for even more growth!
Link to this post
April 15, 2015

German-speaking visitors enjoy our website in German language from today. 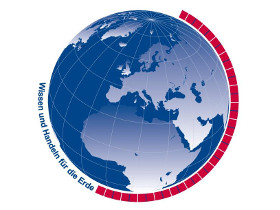 See LizardQ at INTERGEO 2014 in Berlin

Hope to see you in Berlin, Oct 7th to 9th, 2014 for this year's INTERGEO. We'll be there for the first time, showing our renowned panoramic camera side-by-side with BORUFA's visual content manager software. VCM is the perfect complement to a LizardQ when it comes to connect full spherical images with floorplans, documents and other context in an industrial environment. 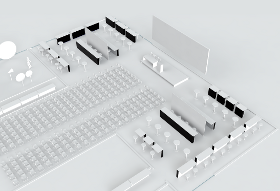 LizardQ at the CGI workshop 2014

It will be great to meet you there! Join us at the BRIESE studios in Hamburg, Germany, on February 20th and 21st, 2014. Detailed CGI workshop information is here: www.cgi-workshop.com. Speaker schedule and exhibitor list will be available later this summer.

We have a new web page up - read about some of our customers and what they have to say about LizardQ. There's amazing jobs being done out there, every day! Time for a big thank you to all LizardQ users for their feedback and encouragement, helping us make our camera the tool of choice for so many people.

You are a customer, but not listed on the Customers page? We'll fix it - drop us a note. 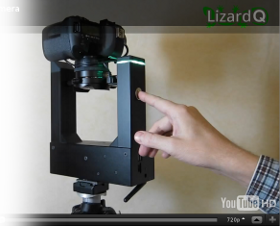 Update: under the hood improvements

During the last year, we made some incremental, under the the hood improvements to our device and software. We have just updated the relevant specifications on our website and would like to give you quick summary here:

We will contact our customers about the relevant updates shortly (if you have recently bought a LizardQ, you will already have the current software). Remember - updates are free with a LizardQ. 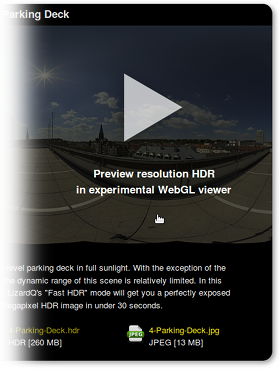 3 years in business, 3 years of success stories! I wish we could share some.

What we can share is the approximate number of panoramas that have been captured using LizardQ camera systems: 36000. On average, that is 30 panoramas per day. This number of course has grown recently with more devices shipped, a reasonable estimate is an average of about 80 per day right now. While you could do this with just a single LizardQ, people seem to take their weekends off ;-)

Now you wonder, how do we know the number of panoramas that are being shot? No, our Stitcher software doesn't phone home secretly. Instead, customers will occasionally send us image files for review or relate the reading of their panorama counter to us. We write down the latest reading for each camera. 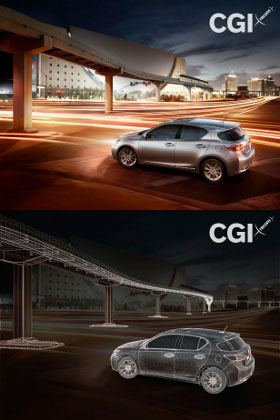 Leveraging the low-light capability of the LizardQ while shooting in LA back in November, recom again has delivered outstanding imagery for their customers. We promised to show the results, see our original news here. Despite the nightly scenery with little light, the LizardQ camera averaged only 1½ minutes per HDR panorama in this production, with a dynamic range in excess of 26 f-stops. Perfect as a basis for stunning CGI! 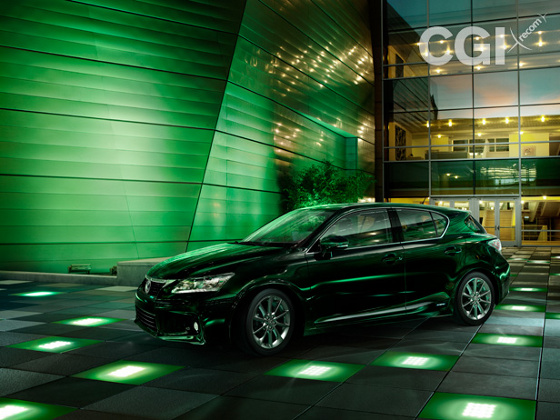 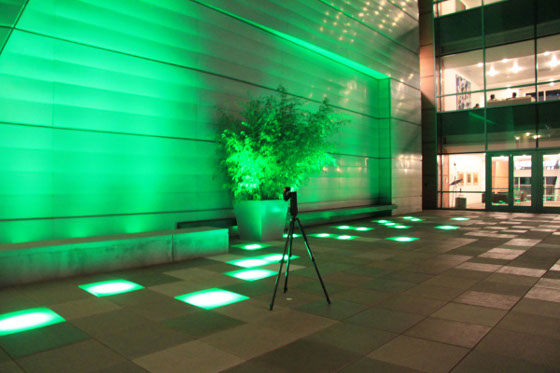 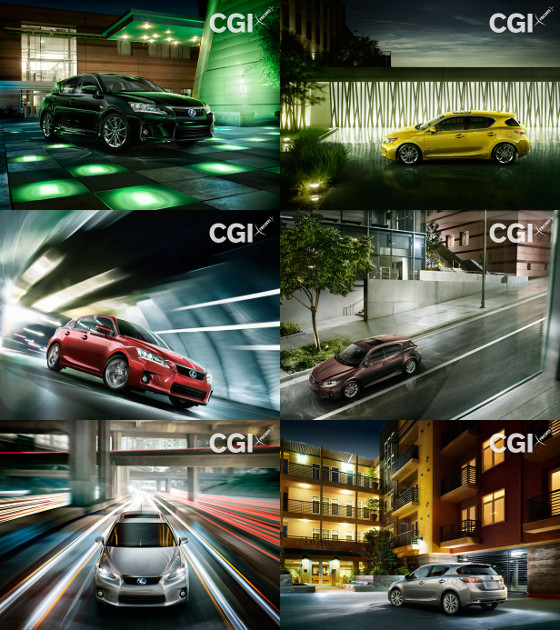 The German Meyer Werft (Meyer shipyards) has just passed the 3000-panorama-mark with their LizardQ panoramic camera today! Aboard the already floated-out brand new AIDAsol, teams are busy documenting the final touches to the ship.

The Meyer Werft, located in Papenburg, had purchased their first LizardQ system in early 2010. They are averaging about 10 captures per day, and peaking a lot more, when a ship nears completion. Kudos! The panoramic images of their ships in various states of construction are being distributed internally and, among other uses, are instrumental in identifying potential cost savings. The Meyer Werft has just placed an order for their second LizardQ system.